Git is a free and open source distributed version control system designed to handle everything from small to very large projects with speed and efficiency.

“Talk is cheap. Show me the code.”

On 3 April 2005, Linus Torvalds began the development of git, after many Linux kernel developers gave up access to BitKeeper. Just 3 days after, on 6 April, Torvalds announced the project. And the next day, it became self-hosting.

On 26 July 2005, Linus Torvalds turned over git’s project maintenance to Junio Hamano. Hamano is the project’s core maintainer since.

The basic/usual git workflow is the following:

Before you use git, you need to setup your name and email.

Setting up name and email

Image generated by Waifu Diffusion v1.3 (float16) -- 1girl, fox ears, blue hair, blue eyes, paintbrush, canvas, easel, chibi, hoodie, smile, solo, very colorful, heart, pupils As a hacker with too many side projects, I like to have a certain look to my webs…

# Introduction This may appear like a very niche use case, in my quest of software conservancy for nixpkgs I didn't encounter many people understanding why I was doing this. I would like to present you a project I made to easily download all the sou… 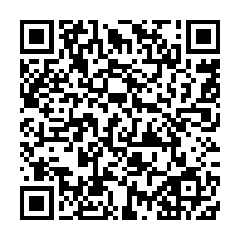